After discovering my son was tongue tied, I found out that I was too. Although I had been able to nurse as an infant with undiagnosed ties (unlike my son), I developed symptoms as I grew up, including my first migraine at 4 and half years old.
As I got older, the migraines become much more frequent until the point I had several every week by the time I was 40.
​When I finally found out about the tongue tie and its probable influence on my migraines, I decided to get it revised.

Through the Tongue Tie Babies Support Group, I made contact with Fetzik Dentistry.

There were exercises I couldn’t do because the muscles were weak due to the compensation around the tongue tie.  Then I went for a Frenectomy. I was surprised at how nervous I was about the procedure and greatly appreciated the support that Dr. Fetzik Myo-Functional Therapist provided during the revision. It was unnerving to hear snapping sounds and realize that was the restrictive tissue being cut through with the laser. It has been several months since the revision, and while I have had a few migraines, the reduction in frequency has been huge—less than one a month.

I have not had that few migraines since before I was a teenager.

Now I am being treated effectively with an effective TMJ appliance and will soon get the corrective orthodontics I have needed for some time. Only now, my teeth will be straightened with my airway and jaw relationship as a priority, not just cosmetics. 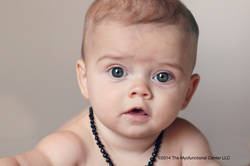 My oldest child (now 3) had a tongue tie that was diagnosed (and clipped) a few days after birth, solving our many nursing problems. When my second was born, I knew to ask immediately for them to inspect his mouth – no tie. I had two more lactation consultants check him before we left the hospital, and they both agreed – no tie, and a great latch to boot!

A week after being discharged, nursing was still very uncomfortable. Another week passed, and it was actually getting worse! Back to the lactation clinic we went. I asked again about tongue-tie, and the staff insisted that he was “just a biter” and that he had a small mouth – both of which would be outgrown. At a Well-Child exam, our doctor agreed – no tie. He was gaining weight well and had a sufficient  number of wet and dirty diapers.

By the time he was 6 weeks old, nursing was excruciating. I hated it. I was angry. I fought through each feeding in tears, painfully trying to get his tummy full and knowing that his reflux would just send most of it back up. Every “suck” was a bite, and I could tell he was just as frustrated as I was – pulling off the breast, choking, sputtering, losing suction. Knowing I couldn’t continue this way much longer, to the internet I went. I started with my most trusted blog (laugh if you want!) and I couldn’t believe my eyes. Was it the newborn fog that had kept me from seeing what was SO OBVIOUS??? A health/nutrition blog I’ve followed for years was my starting place for correcting some tooth enamel erosion issues we’d begun seeing in my 3-year-old due to her upper lip tie. LIP TIE! Why had I not considered this with my son? One quick peek in his mouth, and I could see that his upper frenulum attached all the way at the bottom of his gum line. I continued to read the article only to discover that there are many different classes of tongue and lip tie, from “mild” to “severe”. Ties of the tongue can also be “anterior” (obvious to the eye, like my daughter’s) or posterior (not as visible and needing palpitation to properly diagnose). Commence “I Told You So” dancing! All of our symptoms (painful breastfeeding, reflux, long & laborious nursing sessions which produced little satisfaction for my son) could be explained by these ties.

Providentially, we had an appointment scheduled with Fetzik Dentistry for my 3-year-old’s first cleaning. I had already begun work to remineralize her top two front teeth – a problem stemming from her upper lip tie (though it was not entirely to blame). We brought along our 9 week-old baby and they were happy to look inside his mouth, as well. It took about 5 seconds for Dr. Fetzik and his  Myofunctional therapist  to confirm my suspicions. We immediately made an appointment for my son to undergo a frenectomy by laser.

The procedure itself took only a few minutes. I was able to hold him and nurse in the office right away. Dr. Fetziks Myo-Functinal Therapist was available via Facebook to answer any questions I had during recovery, as well as to coach me in our exercises and stretches. The first change was my comfort during feedings. Now I cried every time he ate because the pain was gone! 48 hours post-op was another big turning point for us…no more reflux! As he gained proficiency as the breast, his “bite” turned into a suck. His tongue was finally free to move! He didn’t lose suction at the breast because his lip could flange and keep his mouth locked, and his mouth didn’t have to let go and latch on again with each bite. He was no longer swallowing air, which had caused his food to come back up after each feeding. His little tummy GOT full and STAYED full. Our nursing sessions dropped from 30-45 minutes to 10-15 minutes. Our lives were changed!

I could not be more thankful for the team at Fetzik Dentistry. Their knowledge and expertise saved my nursing relationship with my son, who is now 9 months old and still exclusively breastfed. Even though I am “just” a mom, they listened to me when I said that something was wrong with my child. They supported me in every possible way as we worked together (and it IS A PROCESS!) to fix it. They support the decisions I’ve made for my family regarding our dental health and have happily come alongside me to do whatever they can to help!

I previously mentioned my daughter’s issues with her teeth due to an undiagnosed lip tie. She will have her lip and tongue ties fully corrected by laser this year, but in the meantime I have been working through diet and supplementation to remineralize her teeth – something that many dentists believe cannot be done. She was losing enamel and had developed yellow stains which quickly turned to yellow pits. Our diet is very healthy and she has a number of food allergies that keep her from eating processed foods – and yet her teeth were in the early signs of decay!

I was afraid to take her to our long-time dentist for fear that I would be lectured on how candy is bad (she’d never had a single piece) and I had neglected her oral health (we brushed twice daily). I made the decision to switch our whole family to Fetzik Dentistry at this point. They know there is never just ONE way to solve a problem, and I suspected that my attempts to heal my daughter’s teeth without fluoride would, at the very least, not be openly ridiculed. I was thrilled to find out that my primary resource, Cure Tooth Decay by Ramiel Nagel, was not new to them! Listing off everything I was doing to heal my daughters teeth, the hygienist nodded and smiled, saying that she believed I was on the right track and to bring my daughter back in for a check-up in a few months to see what kind of progress had been made. I am happy to report that the yellow pits have begun to turn white and are not as deep as they were 8 months ago. Having the laser procedure will only further aid our efforts, because the top lip will no longer trap saliva, food and drinks on her top teeth. It is a long, long process and will take time, but I am incredibly thankful that the philosophy at Dr. Fetzik’s office is health – through both treatment AND prevention. Instead of slapping a band-aid on our problems, they assisted us in searching for answers for our children and committing to healing, even though it may not have been the fastest or  most lucrative approach. Their office is family friendly (my son sat on my lap and played during my cleaning – that is, when he wasn’t being snuggled by sweet office staff members!), and they are kind, caring people. They are constantly learning new approaches and expanding their knowledge base in order to offer the best and most innovative care to their patients. They respect the rights and decisions of parents, and make a trip to the dentist FUN for little ones! My daughter is always asking if we can go to Dr. Fetzik’s office now, and she’s heartbroken if we drive by and don’t stop J Many thanks to Dr. Steve,  and the rest of the team at Fetzik Dentistry!


Sleeping Better Than Ever! 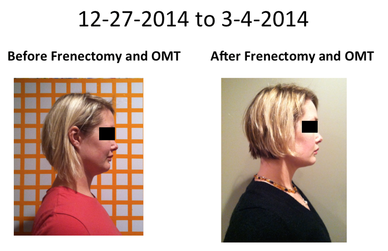 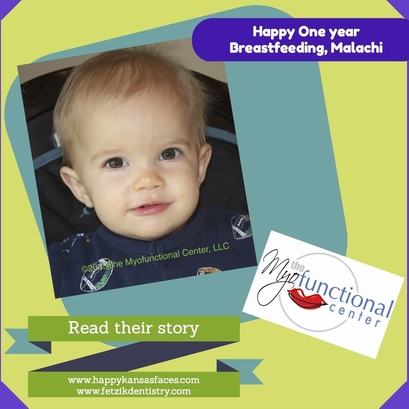 "Today we are celebrating our little Malachi's one year birthday! And I just wanted to say THANK YOU for your care and help in the months surrounding his tie revision. We have been able to exclusively breast feed this whole year and that would not have happened without the expertise of you and your team! Thanks for what you do- it makes such a difference!

Malachi is doing so, so well- still breastfeeding like a champ and eating most solids that we put in front of him. :)" April 2015

Photo Gallery
All Photos Property of Fetzik Dentistry and are not for use.